Clinical psychologist Dr. Marnin Heisel will be working to prevent suicides among vulnerable populations thanks to two separate grants worth a total of $1.2 million from the Canadian Institute of Health Research and Movember.

Heisel is focusing his work on two populations whose mental health may have been impacted by the pandemic: residents living in long-term care homes, and middle-aged and older male veterans and first responders

Heisel and his colleagues at Western and from across North America will work to enhance detection and response to suicide risk among older adults living in long-term care, and to test the effectiveness of a Meaning-Centered Men’s Group intervention designed to prevent the onset or worsening of suicide risk in veterans and first responders facing career transition.

Heisel says despite increased attention to workplace mental health in military and public safety sectors, these occupations carry elevated suicide risk. Tendencies toward efficient and effective job performance, selflessness in serving others and in following orders, are likely to discourage expressions of vulnerability. 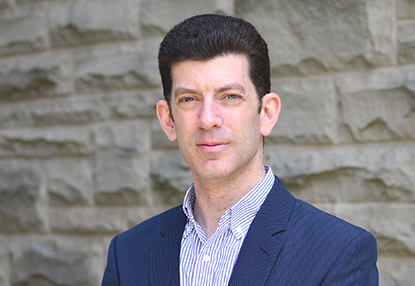 “Those struggling with workplace, family or other stressors, who don’t receive help, and who additionally find themselves facing challenges to their identity associated with leaving their career could be at elevated risk,” said Heisel, Associate Professor at Western’s Schulich School of Medicine & Dentistry.

With the aim of aiding male veterans and first responders during transitional periods in their life, Heisel and his team will evaluate the effectiveness of meaning-centered groups as a way to promote resiliency and psychological well-being as they transition from service to release or retirement.

The concept for these groups was developed by the team with previous funding from Movember. That research demonstrated that bringing small groups of men together to support one another and participate in facilitated discussions about what brings them meaning in life was associated with enhanced camaraderie and psychological well-being, and a reduction in symptoms of depression and thoughts of suicide.

This supportive group intervention for veterans and first responders will initially be provided online, with the aim to eventually offer in-person groups once social distancing protocols allow.

In a separate study, Heisel and his team are focused enhancing identification and understanding of suicide risk in older adults living in long-term care.

Heisel and his colleague, professor Gordon Flett at York University, have abbreviated their Geriatric Suicide Ideation Scale, the world's first multidimensional assessment tool designed to explicitly assess suicide ideation in older adults, for use in busy clinical, community and residential settings. Together with their colleagues, they plan to incorporate a five-item screening version of this scale (the GSIS-Screen) into this study, and to train frontline workers in long-term care to use the tool to effectively administer, score and respond to residents endorsing thoughts of suicide.

They will additionally investigate the prevalence of suicide thoughts and behaviour among older adults in long-term care homes, and investigate patterns of demographic, health-related, interpersonal and psychological factors that either promote or protect against thoughts of suicide.