Feature: Meeting the challenge of the climate crisis

Dr. Anna Gunz says that climate change is the biggest health crisis of our lifetime.

“This train has left the station,” she said, citing the recent Summary for Policymakers report by the United Nations’ Intergovernmental Panel on Climate Change.

“And there have already been great costs to our personal health, as well as health systems associated with different extreme weather events,” she said.

Gunz is an Assistant Professor at Schulich Medicine & Dentistry and a paediatric intensive care physician. Her advocacy and research focus is on Planetary Health, including health monitoring of climate change. 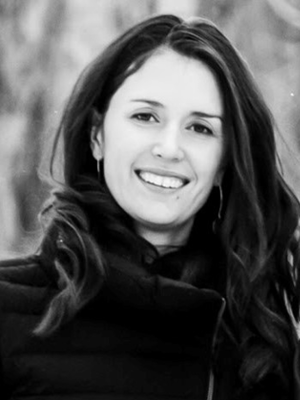 In the nearly two decades since Gunz first began studying the ecological, social, economic and political aspects of climate change, the effects of the crisis and the conversation surrounding it have evolved exponentially.

The current climate change policy and governmental measures focus on mitigating the progression of climate change, but Gunz argues that we will also need to make a greater effort toward adaptation and resiliency-building to address the adverse effects that are already happening in our communities.

These, she says, will be needed to prepare to meet future impacts, and to find a way to progress forward under these conditions.

Gunz has stepped up to take part in a project to evaluate the current state of climate change in Canada and identify key resiliency and adaptation measures. She’s working with an interdisciplinary group of scientists and experts called the Climate Change and Health Collaborative. It is funded through a grant from the Canadian Institutes of Health Research and aims to link researchers on climate change with stakeholders to ensure uptake and utility.

She also was invited to contribute a chapter to a recent multi-faceted report examining issues ranging from water insecurity and climate change-induced flooding in northern communities, to impacts of wildfires on urban settings. The Report was funded by the Social Sciences and Humanities Research Council.

Gunz says the collaborative and multi-faceted nature of this research project is what will make it particularly impactful. Including more expert voices will strengthen the body of evidence for the wide-ranging effects of climate change, and hopefully convince Canadian policymakers and the general public of the urgency needed for change.

“I'm framing it as a health emergency, but it's also an economic emergency, a food security issue, a migration issue. Climate change really reaches so many different compartments and aspects of our life,” Gunz said.

“We really need to embrace a policy, economic and perspective shift in how our whole system works, and to do that you have to approach it interdisciplinarily. What each of our collaborators is seeing might be a different problem. But what they're seeing is a different solution as well,” she added.

In facilitating climate action, Gunz sees the physician’s role as one of ‘the canary in the coal mine.’

On the front lines, she is able to see the impact climate change is having on her patients. She can then signal her observations to epidemiologists and health geographers who can help to determine whether it is part of pattern, and if so, what research should follow.

Embodying that canary, Gunz has two other important initiatives underway.

In London, she is part of a team of researchers that is developing a Child Health Index at the local level, in partnership with the Children's Health Research Institute. The index will consider environmental health factors, such as pollution and access to green spaces, as important factors in determining a child’s health; factors that are subject to change based on climate change effects.

She is also involved with the Child Environmental Health Clinic in Edmonton, a service she is working on bringing to London, as well as other Canadian cities.

The Clinic studies and treats exposure to certain geographical, toxicological, psychological, health and societal conditions that adversely impact young people’s environmental wellness, drawing important conclusions about the future of health in the age of the climate crisis.

An advocate, Gunz speaks passionately about environmental racism and the devastating global effects it has on Indigenous communities.

As global temperatures rise, melting permafrost releases massive natural reserves of toxins into the water and food supply in areas that are primarily inhabited by Indigenous communities.

“Decolonization is really one of the urgent things that needs to happen in preparation for climate change,” Gunz said, pointing to the need for Indigenous communities to have the agency and resources to address these locally specific health impacts.

“As guardians of health, it’s our job as clinicians to be raising awareness, identifying the victims of climate change and contributing to building up their adaptability and resiliency,” Gunz shared.

“For years, a lot of this knowledge has stayed within the scientific community. Sometimes we can be so rigorous and scientific about knowledge for knowledge’s sake. It’s time we do the work to popularize these ideas.”