New findings from Ontario have shown that children born in Sarnia have a higher risk of developing asthma compared to neighbouring cities.

“It’s known that cities in Southwestern Ontario have varied levels of air pollution because of differences in industry and traffic. For example, Sarnia is home to the ‘Chemical Valley’ where numerous chemical plants and oil refineries are clustered,” said Dr. Dhenuka Radhakrishnan, an Adjunct ICES Scientist, formerly working out of ICES Western in London. 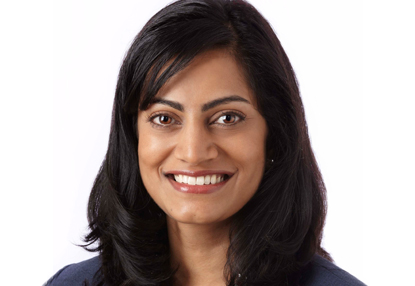 “We wanted to see if children born in three cities – London, Windsor and Sarnia – had a different risk of developing asthma due to the differing air pollution levels in the three regions, even though the people living in these cities are otherwise comparable in many ways.” Radhakrishnan is a Paediatric Respirologist and Director of the Asthma Program at CHEO, a paediatric health care and research centre in Ottawa.

Asthma is the most common chronic disease in Canadian children and has significant impact on quality of life. Asthma is a leading cause of emergency department visits and hospital admissions in this age group.

The study followed 114,427 children born in these cities between 1993 and 2009 for 10 years, and found that those in Sarnia were at the highest risk of developing asthma. The researchers found that by the age of 10, nearly 24 per cent of children in Sarnia were diagnosed with asthma, compared to 21 per cent in Windsor and 17 per cent in London. The differences were also present after accounting for many risk factors associated with asthma, such as sex, socioeconomic status and urban versus rural setting. The findings were most apparent in the first two years of life, but persistent beyond the age of six. 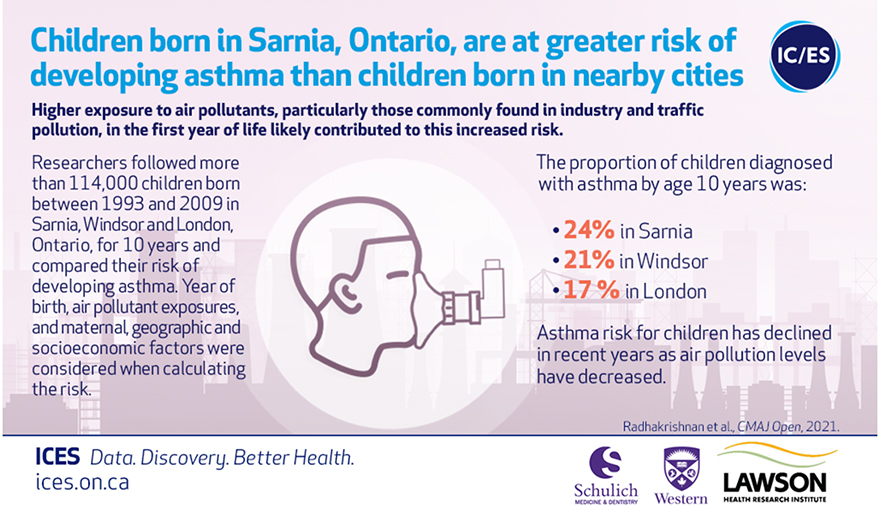 “Reassuringly, we found the asthma risk for children has reduced in more recent years as pollution levels have also decreased,” added Radhakrishnan.

The team asserts that any efforts to advocate for cleaner air would be helpful because air pollution can also trigger asthma attacks in people who already have asthma, as has been previously demonstrated in the Sarnia region and elsewhere.

“This study suggests that reducing air pollution exposure, including environmental causes, might reduce the number of children who suffer from asthma and asthma attacks,” explained Dr. Salimah Shariff, Associate Scientist at Lawson, Adjunct Professor at Western’s Schulich School of Medicine & Dentistry and Scientist at ICES Western.

There is also growing evidence that exposure during pregnancy can influence development of asthma in children.
“We need to carefully examine how reducing air pollution exposures within a geographic area translates to reductions in asthma development. Understanding the amount of air pollution that a mother and infant are exposed to, and how this impacts their personal risk, could enable regions to target safer levels for their residents,” added Shariff.

Recognizing symptoms of asthma early is the best a parent can do to improve the health of their child, so they can be diagnosed quickly and start appropriate treatments. If a parent notices their child has wheezing, persistent cough or difficulty with exercise, bringing this to the attention of a health care provider is important.