The study was published in October 2020, and for Demars, now a PGY1 Family Medicine resident, has left a lasting influence on his medical training.

With an undergraduate education in public health and health systems from the University of Waterloo, Demars brought his skills in data analysis and experience in qualitative research methods to the project, which sought to study the impact of the Schulich Medicine & Dentistry - Windsor Campus since its opening in 2009. 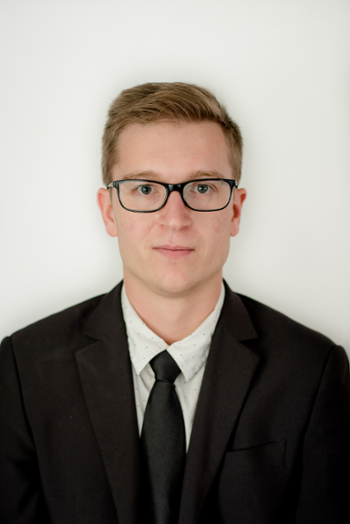 For a summer, he drove around Windsor, conducting interviews with important community stakeholders, such as small business owners, health care leaders and local politicians.

DeMars says it has been a privilege to be able to train near his hometown of Chatham-Kent, and feels that his local roots have helped him to relate to and connect with patients. However, working on the study also deepened his appreciation for the city and region in which he trains, first as a medical student and now as a resident.

“I learned a lot about what the city has been through in their lifetimes, and how the Windsor campus impacted life here, the city’s reputation and how it was perceived on a provincial level. I never thought a medical school could make such a difference in influencing a community,” he said.

He recalls a particularly impactful interview with a business owner, who was telling him about the effects of the 2008 recession on the housing market and automotive industry in the city.

“He described the new medical campus as a turning point; he said that before, people thought the 401 stopped at London, and now people would see Windsor as a destination for medical care and career opportunities for physicians. There was something worth being here for.”

Being part of an effort to analyze the impact of distributed medical education sites on the communities around them was inspiring to Demars, who one day hopes to practice in a smaller locale outside of a major academic centre. In his later years of medical school, he became Co-Chair of the Rural Medicine Interest Group at the School.

The opportunity to work alongside high-profile researchers and School leaders, such as Drs. Gerry Cooper, Larry Jacobs and Mark Awuku, also left a strong impression on DeMars.

“Having these positive and casual interactions with important faculty members as a junior learner allowed me to become more confident in my abilities and feel comfortable seeking help and asking questions of my mentors,” he shared.

For DeMars, the ample and diverse opportunities afforded to learners of all levels was the greatest benefit of studying at a smaller medical campus, and these unique opportunities have continued as he completes his residency training in Leamington.

He says his own somewhat serendipitous path to medical school inspired him to join a mentoring program for youth from rural communities to encourage their interests in medicine.

In high school, he had pictured himself joining his father’s construction business after graduation, but, as a strong student with a strong interest in science, was encouraged by his parents to pursue university.

Coming from a non-medical family and with little prior exposure to medicine, Demars initially hadn’t considered the profession for himself. But after completing a co-op placement in his undergraduate program as a data analyst with a psychiatric inpatient unit, he gained a closer understanding of and interest in the physician’s role.

“Initially, I was interested in creating policy that would have a widespread impact. Once I had the opportunity to exposed to what personal medicine looks like, I really enjoyed that connectedness you can have with people. I felt like I could make more of a difference on an individual level as a physician.”