Angela Fan, Medicine Class of 2022, says her secret to staying motivated is keeping herself challenged.

She spent the summer before starting medical school in a similar fashion to many of her peers: volunteering in a research laboratory. But for Fan, the challenge was finding a research opportunity in Bejing, China.

After reaching out to several research centres in Bejing, she landed a position at a Tsinghua University’s infectious diseases lab, studying the Middle Eastern Respiratory Syndrome coronavirus – in Mandarin. 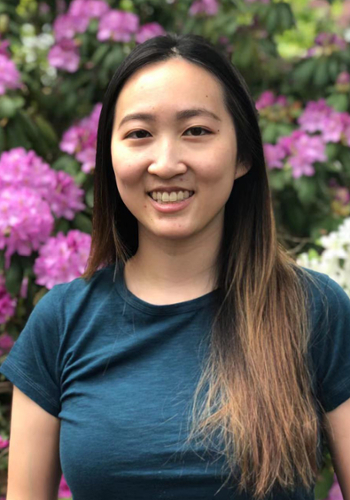 “Although I speak Mandarin, It was a steep learning curve at first because there’s a lot of terminology that I had to pick up quickly – if someone asked me to pass a certain piece of equipment, sometimes I wasn’t quite sure what I was looking for,” she recalled, “But by the end of the two months, I was definitely fluent in all the lab lingo.”

Fan says studying at the Schulich School of Medicine & Dentistry – Windsor Campus has provided a great environment to continue to push herself, particularly because of the close-knit cohorts and ample opportunities for leadership on campus.

She is currently finishing a two-year term in the Hippocratic Council as Vice President, External. She acts as the School’s representative to all the relevant medical student associations; she is an executive member of the Ontario Medical Students Association and the Canadian Federation of Medical Students, attending national meetings on behalf of the School.

She is also the Vice President, Windsor on the Medicine Class of 2022 Student Council, advocating to School administration on behalf of her peers and staying connected with representatives from the London campus.

“There are 38 people in my class. Whenever someone tries to run for a position, it’s kind of a big deal; everyone on campus knows about it. I remember being really touched, because there were upper year students coming up to me telling me ‘we fully support you.’”

But her latest extracurricular undertaking addressed a cause of special importance to Fan. Operation Smile is a non-profit organization which raises awareness and money for cleft and lip palette surgeries in underdeveloped and medically unaffordable parts of the world.

“How you look on the outside affects how you feel on the inside. Because I have had a personal experience with that, I know what an impact it can have on people, I’m very passionate about how that can improve someone’s quality of life.”

Fan’s own experience with a plastic surgeon in high school had inspired her to pursue medicine and fostered her continued interest in the fields of plastic surgery and dermatology.

While Operation Smile has an active chapter at Western University, the School had not previously been involved with the organization. Fan decided to recruit a few of her peers to host a fundraiser in May of 2020. Initially, the plan was to host a formal gala and silent auction, but as with all events in the spring of last year, plans needed to change quickly.

“We had raffle prizes already donated from local businesses and had garnered a lot of interest within our community.”

Not wanting to lose their momentum, Fan and her team decided to host a walk-a-thon instead.

The fundraiser ultimately raised $1,100 – the approximate equivalent of four surgeries that could be sponsored through Operation Smile.