John Ronald, PhD, says it sounds like an outrageous idea – putting cancer cells back into patients in order to treat their cancer – but early studies in mice are showing it works.

By using reengineered cancer cells, Ronald and his team at Schulich Medicine & Dentistry are rethinking cell therapy. Traditional cell therapy involves altering cells to have cancer fighting properties, but instead of using immune cells which are currently the gold standard, Ronald is using engineered cancer cells called circulating tumour cells that can circulate around the body and deliver therapeutics right to the site of tumours.

What’s unique about the circulating tumour cells is that they have a remarkable ability to ‘self-home’ by returning to the site of the cancer. In a new study from Ronald’s lab they showed in mice that the cells not only self-homed to the primary tumour, but also any secondary tumours that had established themselves as a result of metastasis. 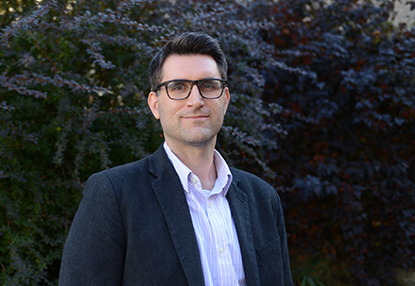 “We were really excited when we saw this in the lab because we had never seen cells homing to metastatic lesions with this efficiency before, and metastases are what kill the vast majority of patients,” said Ronald. “This opens the door to specifically deliver therapeutics and treat metastases in a new way.”

In their lab at Robarts Research Institute, he and his team are also are searching for novel ways to make the therapeutic cancer cells visible through magnetic resonance imaging (MRI) technologies to monitor where they go in the body.

“When patients recieve cell therapies, right now we are blind to where the cells go, and therefore we aren’t able to determine why a patient is or isn’t responding to the treatment,” said Ronald. “When they aren’t responding we have no idea where the cells went, and whether it might lead to other side-effects if they went somewhere else in the body.”

To make the cell therapies visible through MRI imaging, they have developed a technique using the gene editing tool CRISPR to insert a reporter gene into the engineered cancer cell. The reporter gene is taken from a human cell found in the liver.

When an MRI contrast agent is injected into the system, this reporter gene causes the engineered cells to take up that contrast agent, making the cell glow brightly on an MRI scan.

“By making the cells visible through MRI, this technology could be used in the future in the clinic to track the efficacy and targeting of cells used for cellular therapies. This would allow clinicians to determine whether the cellular therapy is performing its desired role or, if any abnormalities develop, whether intervention is required,” said John Kelly, PhD, a Research Associate in Ronald’s lab whose research in this area was recently published in Science Advances.

The advantage of using CRISPR is that the reporter gene can be very precisely inserted in what the researchers call a “safe harbour,” which is a part of the cell’s DNA that won’t have detrimental effects on its function or cause unintended side-effects.

“My hope is that this research will be directly translatable to patients to help us treat their cancer in a way that is safer and more efficient,” said Ronald.