From a senior living facility in Windsor to a high school in South Africa, Sasha Dowhayko’s journey in health care has stretched far beyond his nearly four years at Schulich Medicine & Dentistry.

“My experiences certainly left a huge mark on me as a practitioner. I consider myself to be a Swiss Army Knife, I've done a little bit of everything,” said Dowhayko, Medicine Class of 2022. “Now, with medical school, l’ve been adding layers of understanding to how the whole health care system works.” 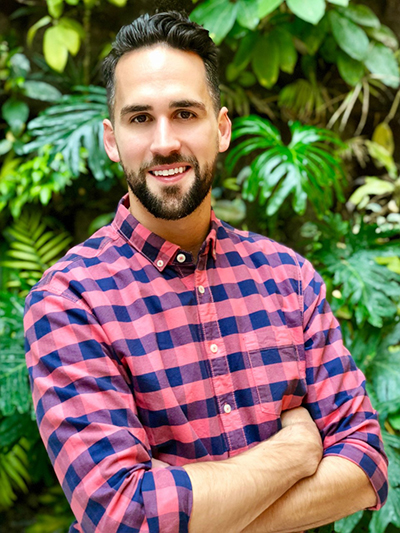 As a nursing student at the University of Windsor, Dowhayko, first worked as a part-time personal support worker in private care and retirement homes. After graduating in 2011, he worked as a Registered Nurse in the emergency department before later moving into a role in mental health as a psychiatric assessment nurse.

His time in psychiatric care inspired a curiosity to learn more about the science behind psychology and behavioural disorders, as well as to broaden his scope of practice. He returned to the University of Windsor to complete a Bachelor of Science in Biology, before successfully applying to Schulich Medicine & Dentistry.

While completing his undergraduate degree, Dowhayko was presented an opportunity that he says has broadened his horizons like no other. As past president and now an executive director of Golden Futures South Africa, Dowhayko led multiple trips to Khayelitsha, South Africa with dozens of volunteers before the COVID-19 pandemic.

“The high schools that we visit in South Africa are struggling to combat the effects of the Apartheid regime and the resulting poverty and overpopulation in local townships. The teachers are very overwhelmed; in some cases, there is a student-teacher ratio of nearly 40 or 50 to one,” Dowhayko explained.

The goal is to supplement additional education opportunities in areas students need the most.

“The townships that we taught in had among the highest percentage of AIDS per capita in the whole world. Even something as simple as a 45-minute teaching session might be enough to provide the knowledge that could potentially prevent someone from acquiring HIV. Preventing even one case is something we consider to be a huge accomplishment.”

Dowhayko hopes to resume his outreach in the Khayelitsha community when it’s safe to do so and would like to remain involved in international outreach initiatives in his future practice.

For the next leg in his education journey, Dowhayko is hopeful about matching to a family medicine residency program. He would like to establish his future practice in Windsor, and continue to serve his hometown.