By using their knowledge of how bacteria co-exist and compete with one another in nature, Western University researchers have discovered a compound that can inhibit the growth of Staphylococcus aureus, a deadly bacterium that can cause pneumonia and sepsis and is resistant to many antibiotics.

S. aureus and other staphylococcus bacteria are commonly found living together on the skin and in the upper respiratory tracts of humans and animals. Various species of staphylococcus bacteria are constantly in competition with S. aureus to scavenge whatever nutrients are in those environments. This competition has led to some strains developing properties that allow them to disable S. aureus.

“These other bacteria don’t usually cause disease, so they have been very under-studied and not too many people have paid much attention to them,” said Denny Chin, PhD Candidate at Western’s Schulich School of Medicine & Dentistry. “There are, however, a few studies that have shown that some of these bacteria make molecules that kill or antagonize S. aureus to gain a competitive advantage.” 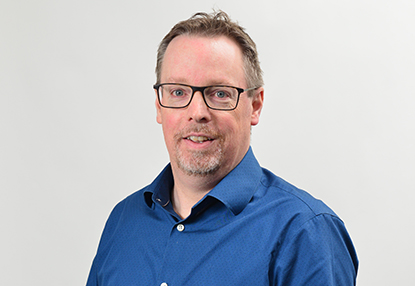 Chin is supervised by David Heinrichs, PhD, whose lab is focused on identifying the strategies S. aureus uses to cause infection, and how to use this knowledge to stop it. Considered a top-priority pathogen, S. aureus has been able to develop resistance to almost every antibiotic currently available. The emergence of strains such as methicillin-resistant S. aureus (MRSA) has made the search for new infection-fighting drugs an important area of research.

With that in mind, Chin set out to see if he could harness the power of bacterial competition to develop new ways of treating infections caused by S. aureus. With thousands of staphylococcus strains in the laboratory, Chin literally started hunting through freezers and screening these strains for properties that might inhibit the deadly bacterium.

“I thought that maybe at least one of them could have some of these properties; and I came across a strain of Staphylococcus chromogenes that prevented S. aureus growth,” said Chin, whose findings were published in the journal Nature Communications.

The discovery was a eureka moment, said Heinrichs: “At first, we weren’t sure if anything would come out of all of these screens, so for Denny to stumble across something was really exciting. There is nothing better than that as a young scientist.”

After a year of experimentation, they isolated a compound called 6-thioguanine (6-TG) produced by S. chromogenes and demonstrated that it slowed the growth of S. aureus as well as preventing it from making the toxins that cause infection.

“The molecule doesn’t directly kill the bacteria, but instead inhibits its virulence, so we are referring to it as an anti-virulence compound rather than an antibiotic,” said Heinrichs.

The compound is already used to treat inflammatory bowel disease and some cancers, but had never been investigated in the context of treating bacterial infections.

Heinrichs and Chin hope the fact it's already in use in other contexts will speed up the process of approving it for clinical use in staph infections and are currently working with WORLDiscoveries, Western's technology transfer office, to file a US Provisional Patent and are seeking commercialization and licensing partners.

"There is an urgent need for development and identification of new anti-bacterials that can treat infections caused by multi-drug resistant MRSA," Saqib Sachani, Business Development Officer at WORLDiscoveries

Along with collaborators from the University of Toronto, they were also able to identify the genes that produce 6-TG in other bacteria, suggesting that there must be an evolutionary advantage for these bacteria to make 6-TG and that it is an effective way for them to antagonize S. aureus.