Feature: A personal challenge to do more 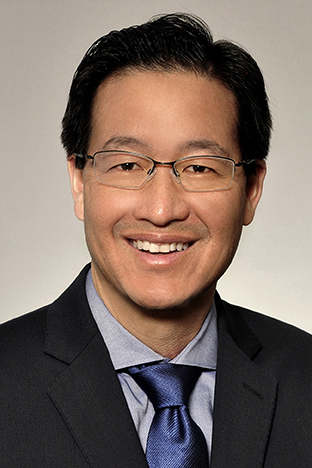 The crystal blue waters of Georgian Bay and London’s Thompson Arena served as ideal backdrops for Dr. Dorian Lo’s youth. Growing up in the Westmount subdivision of London, Ontario, Lo, MD’90, and his four siblings were encouraged to be creative and explore their world, through play, sports and the arts, which they did across the seasons. And with three pianos in the house, music reigned, and friendly competition arose.

The middle of five children within a seven-year age range, Lo admits to being the mediator, who, along with his brothers and sister, often fell victim to gentle teasing and the testing of facts, real or fake, around the kitchen table. Their full lives were anchored by Western University – where their father, Kwan-Yee (KY) Lo, served as a professor in the Faculty of Engineering.

A child of the 70s, Lo grew up watching the food crisis in developing countries unfold on television and became all too familiar with disturbing images of young children suffering from malnutrition. It had a profound influence on him and motivated him, along with his four siblings to pursue medicine.

Immediately after graduating from medicine, Lo spent time in Africa working in vaccination and wellness clinics.

The social consciousness of his youth later nurtured in medical school at Western inspired a desire to do more for more people.

“I decided that I wanted to help more than one patient at a time, and I calculated how many people I could see in my career. I realized as a leader in health care, I could impact more lives than in my role as a physician,” Lo said. “I set this as my goal.”

Five years later, with an MBA from The Wharton School of the University of Pennsylvania in hand, Lo took the next steps to achieving his goal. Senior business leadership roles in Indonesia, Singapore and with Shopper’s Drug Mart’s retail pharmacy - serving as Chief Medical Officer, Health and Executive Vice President, Pharmacy and Healthcare - have led him to his current role as President of Express Scripts Canada.

A leader in health benefits management, Express Scripts Canada has been recognized as part of one the most innovative pharmacy benefit manager in the world. A subsidiary of Express Scripts, a Cigna company, it is the only health benefits manager in the country with the ability to tap into resources of a global company that that positively impacts the lives of more than 170 million people worldwide and tailors them to the Canadian market.

As President, Lo sets the strategic direction of the organization as it looks to build on its position as Canada’s premier health benefit manager.

Lo is proud of the work that Express Scripts is doing and points to their annual Prescription Drug Trend Report, which is widely used to develop and change health care policy. During the pandemic, the company has been able to identify the rise in depression medication being prescribed by age group and per province across the country. The information has become invaluable to public and government health leaders as they strive to address ongoing outcomes of the pandemic that further diminish the health of Canadians.

Lo says that the greatest satisfaction in his work is knowing that he is helping people and making health care a little simpler, predictable and affordable.

He also derives enormous satisfaction out of helping people grow in their careers and watching them become successful. Many experiences from medical school have helped him to develop his leadership philosophy, which has a foundation in camaraderie.

“I know if our teams are happy, engaged, and feel as though they are being treated as professionals, they will feel and be successful,” he said.

For Lo, building successful teams means understanding the intersection of their jobs and careers with their families and being respectful of that. And while he and his teams remain focused on their customers and their needs, he says that a little fun in the workday goes a long way.

“Fun didn’t used to be a word that you would associate with business leaders and the workday, but people spend so much of their day and their lives working, I believe people need to have a little fun and feel valued,” Lo said.

Proud of his own career and the work of his teams, Lo says his greatest achievement is his family.

“My wonderful wife Cecilia and I make a great team,” he said. “We made some of the most major life decisions and changes in just our first year of our lives together. We moved around a lot, with our four wonderful children and have enjoyed great experiences together.”

Sitting around the dining room table with his siblings as adults, Lo says the conversation is focused on everything but medicine. But what is ever clearer to him is the positive influences he has had in his life that propelled him forward.

“Your environment always influences you – and you can draw the line back to where you started.”