Feature: BMSc graduate reflects on lessons learned beyond the classroom 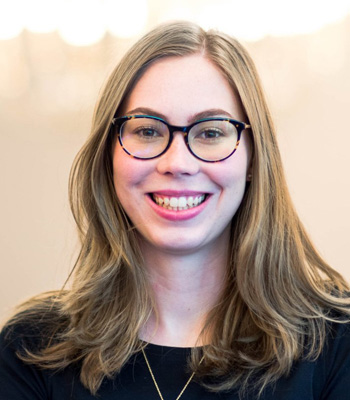 At her family home in British Columbia, Jocelyn Kerr’s thoughts are thousands of kilometres away, celebrating the end of a journey at Schulich Medicine & Dentistry.

“It’s encouraged a lot of reflection about what I have learned during my undergraduate studies, and it feels like I’m ready to move on to the next chapter,” she said.

This chapter began five years ago, when Kerr, BMSC’20, first began her studies in Interdisciplinary Medical Sciences. Unsure of her professional aspirations, she says the program was a perfect fit, providing the flexibility to explore her interests.

Some of her academic pursuits surprised her, such as an eventual passion for neuroscience despite her initial difficulties with the subject matter. Others, like endocrinology, quickly helped inspire her future career plans.

“When I took a reproductive endocrinology course, it really shaped my understanding of women’s health,” Kerr recalled. “We learned how modern contraceptive methods allowed a lot more women to pursue education. These developments helped to impact them so positively, they were able to have more control with their lives and family planning.”

Although she is passionate about pursuing a career in women’s health and hopes to attend professional school in the future, Kerr says her exact path is still uncertain. Since returning home, she has been working at Special Olympics BC, a non-profit organization offering sports and recreation opportunities to individuals with intellectual disabilities.

“I went through a lot of iterations of finding the best fit for me, while also recognizing there is no set timeline for figuring out your life. It’s easy with social media to always be comparing yourself to where your peers are in their professional lives, but that is only the highlight reel.”

An unsuccessful application to medical school in her fourth year taught Kerr the importance of continually evaluating her career goals and recognizing the multiple paths to achieving them. She says her primary goal is to help others understand and improve their own health, in whatever form that takes.

As president of The Kidney Club of Western, Kerr worked to reimagine the club’s goals and culture. In moving away from fundraising initiatives toward a focus on peer education, she hoped to inform students’ awareness and perceptions of kidney disease. Under her leadership, the club launched an annual nephrology conference and arranged tours of a local kidney care centre.

“In a lot of cases, students don’t have the disposable income to give away to fundraising,” she explained. “By educating them about kidney disease and kidney-related illnesses and why they matter, the hope is that if they go on to do a research-based graduate degree or become health care workers, this is something they will be aware of throughout their careers and can make an impact in the future.”

Despite her excitement for what the future holds, Kerr says she will particularly miss her home away from home. She spent five years living and working in Western’s residences, first as a residence advisor and later as a community leader. In her final year, she was recognized with the Teresa Scherle "Behind the Scenes" Award and Susan Grinrod Award of Excellence for demonstrating leadership within her residence community.

Kerr says that in addition to making life-long friends, she gained invaluable skills that helped to prepare her for life after graduation.

“I’ve learned the importance of speaking up about things I care about, having strong communication skills and being transparent about my decision-making processes,” Kerr said. “In life you have to have challenging conversations. But being able to explain your thought process while still being open to hearing other perspectives usually leads to more positive outcomes for everyone.”