Feature: What strategies need to be implemented in order to curb the spread early for future outbreaks?

Epidemiologist and public health physician Dr. Saverio Stranges has been watching the COVID-19 pandemic unfold across the globe, exploring the evidence to help understand why some countries have succeeded at controlling the outbreak of COVID-19, and others have not.

“From an epidemiological perspective, if you look at the indicators for this pandemic, primarily the number of new cases and mortality rates, there has been a dramatic gradient between Western European and North American countries versus East Asian countries,” said Stranges who is the Chair of the Department of Epidemiology and Biostatistics at Schulich Medicine & Dentistry.

He points to countries like South Korea, Vietnam, Hong Kong, Taiwan and Japan that were able to curb the spread of the virus early; compared to countries like Italy, Spain, France, the UK and the United States where there was a rapid surge in the number of infected cases. As of mid-May, six western countries – the US, UK, Spain, Italy, Germany and France accounted for more than half of the global confirmed COVID-19 cases, and more than two-thirds of COVID-19 deaths. 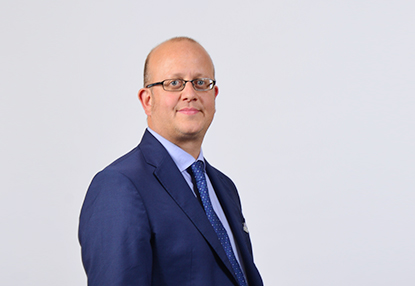 In a recent article for the International Journal of Health Policy and Management, Stranges and colleagues, Dr. Mostafa Shokoohi, and Dr. Mehdi Osooli, teased out some of the reasons why this might be the case, with the aim of providing a way forward for future pandemics’ preparedness.

In the article, they stress the fact that emerging infectious diseases such as COVID-19 require timely and rapid community-centred public health responses, epidemiological surveillance, and control strategies to efficiently contain spread and reduce the associated burden on the health care system.

“In the countries that were successful, they have a more centralized public health system,” he said. “Because of that, there is more consistency in the responses they can provide and they were able to isolate infected individuals in a very timely fashion and at a very early stage. Coupled with that, they had extensive contact tracing.”

In Western European countries hit hardest by the pandemic, they did implement important public health measures such as border control, physical distancing programs along with testing and contact tracing, but Stranges believes they were implemented too late. He also believes that much of the focus early on was on patient-centred strategies in the hospital setting rather than a public health approach in the community, even though there were some exceptions such as Germany where early responses were possibly the key to reduce mortality rates.

In Italy for example, there was an intensified public health response including restricted movement of people and restricted social activities in the Lombardy region, but not until March 8, when the country already had approximately 12,000 confirmed cases and 800 reported deaths. Stranges and colleagues looked specifically at why Italy was hit so hard by the pandemic in terms of mortality rates in a separate publication in the International Journal of Public Health.

“Because of the demographics of the country, the hospital system in Lombardy has been driven by a patient-centred, chronic disease model, which is very efficient for chronic, non-communicable disease management, but it is not ideal for outbreaks and pandemic responses.”

Stranges says in countries like South Korea and Taiwan, they have a very robust system of epidemiological surveillance which aids in analyzing real-time data on new cases, and teases out patterns of mobility of those cases to help with contact-tracing in a more targeted way.

“Epidemiologists are like investigators, and they need to be able to trace those contacts in order to stop the epidemic from spreading in the first place. That surveillance is going to be a key strategy for the future as countries move toward a phased in return to normalcy,” he said. “As an epidemiologist and public health physician, I hope this pandemic has drawn attention to the importance of reallocating resources in terms of public health units in the community. I think in Canada, we preserved our public health infrastructure because of the lessons learned from SARS, and I believe that has played a role in mitigating the impact here in Canada as compared for example with the US or even with some Western European countries.”