By Alana Heenan, School for Advanced Studies in the Arts & Humanities, Western University

For Dr. Genevieve Eastabrook the classic children’s book The Little Prince holds a special place in her heart. The title character reminds her a lot of her younger brother, Thomas.

Thomas has high-functioning autism, and was the main source of inspiration for Dr. Eastabrook’s recent publication, “The Little Prince: a glimpse into the world of autism?”

“While he was growing up we always joked within the family that he was almost a visitor from another planet, come to visit us and observe what the rest of us were doing,” she said. “As a family we really enjoyed the book The Little Prince, and some of the things that he would say and some of the ways he interacted with the world reminded me of the character from the book.” 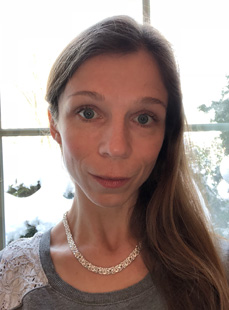 With her younger brother in mind, Dr. Eastabrook, an assistant professor in the Department of Obstetrics and Gynecology at Schulich Medicine & Dentistry, began reading the original writings of Hans Asperger to learn more about the history of autism and Asperger syndrome, and was struck by the language he used. Asperger called children with high-functioning autism “the little professors” describing them as being very concrete, observational, naive and bright. “The original language he used reminded me of some of the language that was used in The Little Prince,” said Eastabrook. “I thought it was kind of neat, so I wrote about my findings and proposed it as a research essay and presentation.”

Her work caught the eye of a developmental pediatrician Dr. J.F. Lemay, who was intrigued by the idea and was interested in expanding on her research and getting it published. Thirteen years after Dr. Eastabrook first wrote about her findings, they connected and with the help of fellow collaborator Heather MacKenzie, PhD, the paper was published in the British Medical Journal (BMJ).

The article focuses on the connection between The Little Prince by Antoine de Saint-Exupéry and autism. It hones in on this ‘Little Prince’ from an asteroid’s social-emotional reciprocity, his restrictive and repetitive behaviours, and his anxiety and depression, all of which are familiar characteristics of children with autism.

The in-depth analysis concludes with the value of taking beloved literature and connecting it with developmental disorders. The Little Prince uses simple language that is very accessible, allowing readers to understand the feelings of alienation and isolation, and the difficulty understanding social concepts, which can be the experience of people with autism.

“I like the idea of taking a simple children’s story, like The Little Prince, that is kind of a philosophical sort of story, and reframing it in a way where it would help us understand how to relate to children who are outsiders, who they themselves may actually see the behaviours of the neurotypical people as being unusual and difficult to understand” explained Dr. Eastabrook.

“Having a personal relationship with someone with autism, it’s important for me to make sure that we keep the discussions open about how people with autism relate to the world and how the world relates to them,” Eastabrook said. “It’s interesting to hear how my brother perceives the world and I think by trying to understand how his mind works, he could teach us more about how the brain develops.”