Alumni Western has announced four distinguished recipients of the 2015 Alumni Awards of Merit. Congratulations to the two Schulich Medicine & Dentistry alumni who received awards: Dr. John Kelton, MD'73, and Dr. Danielle Martin, MD'03. While both recipients had their start at Western University, their unique journeys have taken them around the world and back again.

Drs. Kelton and Martin will receive their award when they return home to Western’s campus during Homecoming weekend for the 41st Annual Alumni Awards of Merit Dinner. 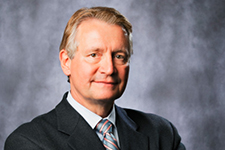 Professional Achievement Award: Dr. John Kelton, MD'73
Windsor native Dr. John Kelton put himself through medical school working on the line at Ford. After graduating from Western he completed additional training at Duke University and then joined McMaster University’s medical school. A world leader in the field of platelet and bleeding disorders, Dr. Kelton also became a highly respected administrator as dean of the DeGroote School of Medicine. He led the development of regional campuses in Kitchener and St. Catharines, and has raised more than $200 million in philanthropic support for the School. “My roots are at Western,” says Dr. Kelton. “I wouldn’t be the doctor, the researcher or the administrator I am without the Western experience.” 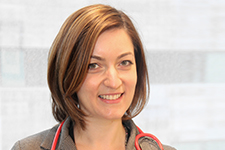 Community Service Award: Dr. Danielle Martin, MD'03
A passionate and articulate defender of Canada’s single-payer public health system, Dr. Danielle Martin helped found Canadian Doctors for Medicare in 2006. She quickly became a sought-after commentator and speaker. In 2013 she completed a Masters in Public Policy and assumed her current role as Vice President Medical Affairs and Health Systems Solutions at Women’s College Hospital, tasked with finding innovative ways to deliver community-based health care. In 2014 her passionate defence of the Canadian health system before a U.S. Congressional hearing went viral, attracting more than 1.3 million viewers. “I’ll keep doing it as long as the energy is there,” she says of her multiple roles as clinician, advocate and administrator. “I hope that will be a good long time.”