Psychiatric disorders such as psychosis and depression are one of the largest contributors to human
suffering across the globe. This large burden is attributed to two vicious aspects of many psychiatric
disorders: (1) they start at a young age and (2) they are recurrent in nature.

We use the tools of neuroscience – especially advanced neuroimaging technology -  to address the
relapsing and recurring nature of illnesses such as psychosis, bipolar disorder and depression.
The broader focus of NIMI is to put neuroscience to clinical use for the benefit of patients and
clinicians fighting mental illnesses.

An impressively wide range of tools are available to observe and measure human brain. It is now possible
to study the finer aspects of brain’s architecture – its curvatures, connections and chemistry - without
causing much discomfort to patients. This readily available information can be harnessed to change our
understanding of mental illnesses and the way we treat psychiatric ailments.

At present, we are focussed on three major areas of research:
1. Developing tools to predict the onset and outcome of first-episode psychosis
2. Understanding the brain mechanism behind mental states such as depression, mania and hallucinations
3. Developing non-invasive treatment approaches to reduce the severity of psychiatric disorders 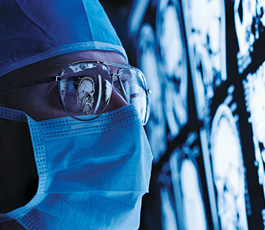