A team of researchers at Schulich Medicine & Dentistry is combining their expertise to get a clearer picture of the risks associated with cannabis exposure during pregnancy – and early findings are raising some red flags.

Using animal models, the researchers have reported that exposure during pregnancy to THC, the main psychoactive ingredient in cannabis, negatively influences placental development and fetal birth weight, and also impairs glucose tolerance and cardiac function in the offspring. Early results also indicate that cannabis has a dramatic effect on the developing brain and can lead to long-term effects on mental health and cognition.

Studies estimate up to a quarter of women use marijuana while pregnant, but the science is beginning to show that this may pose risks to the long-term health of the baby. 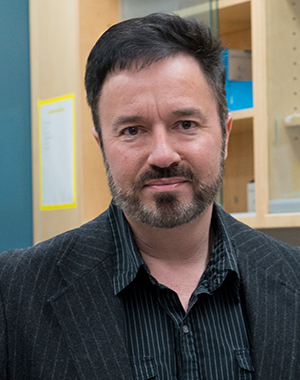 “There is this idea that because it’s a natural product, it doesn’t have any negative side-effects,” said Steven Laviolette, PhD, Professor in the Department of Anatomy and Cell Biology. “But so little is known about those side effects during pregnancy, and that’s why we’ve teamed up to try to shed some light on this question.”

Laviolette’s lab has been focused on the effects of cannabis on the adolescent brain for more than a decade; and just two floors below, Dan Hardy, PhD, has been working to understand fetal physiology and factors that influence fetal outcomes. When Canada legalized cannabis in 2018, the two brought their expertise together to study how cannabis exposure in utero effects physiology, metabolism and the brain of the offspring.

“Steve can look at the brain and behaviour and we can look at physiology and metabolism, and together ask some really interesting questions,” said Hardy, Associate Professor in Physiology and Pharmacology. “With the combination of neuroscience and fetal physiology we can explore these things on their own but also see how they influence each other.”

The first paper from Hardy’s lab demonstrated that regular exposure to THC during pregnancy has significant impact on placental and fetal development in rats, and has a measurable impact on both the development of the organs of the fetus and the gene expression that is essential to placental function.

The researchers demonstrated that regular exposure to a low-dose of THC, mimicking daily use of cannabis during pregnancy, led to a reduction in birth weight of eight per cent and decreased brain and liver growth by more than 20 per cent.

Hardy, Laviolette and graduate student Kendrick Lee used echocardiogram to also look at the function of the heart, 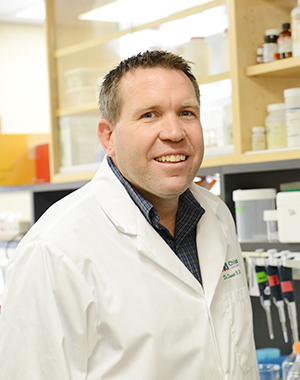 and their most recent study found that this chronic exposure during pregnancy led to early-life cardiac dysfunction in the animals.

“The major finding is that we were seeing this cardiac dysfunction at such an early stage in the rat’s life,” said Lee, PhD Candidate in Hardy’s lab. “It’s alarming because it is similar to what we might see in an aging heart.”

Post-doctoral fellow Mina Nashed is working with Hardy and Laviolette to explore the effects of prenatal cannabis use on the brain. Earlier this year, he published a review paper that captured all of the most recent data from previously published studies on the neurodevelopmental effects of exposure in the uterus. The review showed effects on memory, attention and learning, and also an increased risk of developing depression, psychosis and sleep disturbances.

“The mechanisms that cause these potential deficits remain an area of active research,” said Nashed, whose work is supported by BrainsCAN. “We are focused specifically on how the brain is changed by prenatal exposure to THC and CBD at the molecular, structural and functional levels, and how these changes are related to potential deficits in neuropsychiatric behaviour in both male and female offspring.”

One of their most interesting early findings showed that male offspring seem to be disproportionately affected by these neurological changes, said Laviolette. “We are still trying to tease apart why the males seem to be more vulnerable, but we are seeing profound changes in the brain in both female and male offspring, and abnormal patterns of activation across different brain areas, and disturbances in the fatty acids that are the most essential building blocks of the human brain.”

Next, the team hopes to look at whether CBD alone has the same effects on these systems as THC. CBD is often regarded as a safer alternative to THC, but the team says there are still unknowns about high-potency CBD, especially its potential effects on pregnancy.

Future studies are also planned to investigate the role of cannabis exposure on the paternal side and the role it plays in pregnancy, long-term metabolic and neurological outcomes.