The Western Perspective Project was designed with a goal to help to help normalize failure in academic and non-academic settings. It is the brainchild of the Science Students’ Council and is being managed by Montana Hackett and Kevin Zhang, along with a great team of students.

The Project launched on January 7 and just ended on January 30 – Bell Let’s Talk Day. We sat down with Hackett, a fourth-year BMSc student, to discuss the inspiration, goals and reaction to the Project. 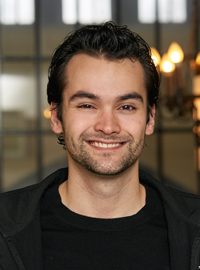 What was the inspiration behind the creation of the Western Perspective Project?

When I was first elected, I had the privilege of hiring Kevin Zhang as my Student Support Commissioner. He and I both knew from the beginning that we wanted to bring our portfolio’s tried and true Wellness Wednesday series to new heights; however, we also wanted to take the portfolio to new places. After seeing the Sexual Assault Awareness campaign that Carina Gabriele spearheaded with the University Students’ Council during Orientation Week and the amazing Men for Mental Health campaign run by Active Minds, we knew the type of campaign we wanted to run.

What are the goals of the project?

The Western Perspective Project is designed to help normalize failure in academic and non-academic settings. We showcase students from all faculties and walks of life, as well as several of the amazing professors from the Faculty of Science and Schulich Medicine & Dentistry. This way, we work to normalize failure among our peers, but also show that professors are human, too.

Who is involved in planning and executing the project?

Kevin Zhang and I are the leads of the project. We are lucky enough to have an incredible communications team making the campaign run smoothly including Jeremiah Joseph, Alex Ly, Tristan Tsvetanov, Adeel Sheikh, Michael Lambert, and Karen Sameh. This project is in partnership with the Wellness Education Centre. They have been an amazing partner for our portfolio all year long, as well as the University Students’ Council.

How many people have you engaged to participate?

We asked more than 40 students and professors to participate. Sharing a story of personal failure is an inherently terrifying prospect. We have been blessed to have asked people who not only are extremely relatable to different groups of but who were also willing to put themselves and their failures on a pedestal in the name of helping others. We are incredibly proud of the people who are involved and how brave they are for participating.

Are you hoping that the project will continue?

We hope the campaign continues next year, perhaps with the same focus or a different one.

What has been the reaction from the student community?

We have been completely overwhelmed by the reaction of students. The sheer number of people liking, commenting, and sharing the posts has been incredible; however, we are more proud of the people who have reached out to us on our Facebook page to say they appreciate what we are trying to do. We have received messages from current students and alumni letting us know how much it means to them.

Even more amazing have been the messages our participants have been receiving. People who they know and do not know have been sending them personal messages about how reading their post has made them feel a little less alone, a little more confident, or a little more at peace with what they are going through. We are so proud of the impact this campaign has had and we hope it continues to make students understand that failure is a normal part of life and that EVERYONE has experienced it.